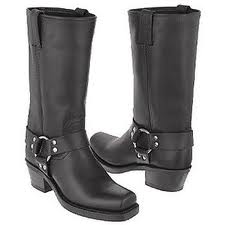 Ten years ago,  I was flat broke. Lee was living in L.A. teaching sixth grade at the Westside Waldorf School and going to graduate school in Santa Barbara once a month at Pacifica - working on a degree - or two - in Depth Psychology. I was living in Minneapolis, completing my assignment as mom to Isabelle, age 15 that year and a sophomore in high school. I wouldn't leave her for the world. Not even for Lee. I was a big girl. I could fly to L.A. if I had to. If I could come up with the spare change. Long story about how we got to this juncture. That story is in my book. (Smiley face.)

So, I had been what I call, in probably offensive terms, an education Nazi. I'd begged, borrowed and had stolen for my kids education. Well, not stolen. But you get the idea. I had a public school education in Iowa and when I saw what was alternatively available in Minneapolis - especially at the Waldorf school in Minneapolis, then at Blake for high school - I drank the kool-aid.

What this meant as a very middle class family experiencing divorce and change - and sometimes with my head just under the water line of middle class - choking for air - is that I had no money for a wardrobe. But having been a woman who had spent my entire life loving fashion - like, since I was six!! this was not an easy pill to swallow.

But, kiddos first, so I figured out that I could spend several years wearing about four items. Gap men's 1969 button front low-rise jeans, J. Crew long sleeved perfect cotton T (in black of course) and, voila! my big splurge.....Black Frye Harness Boots. Thankfully, one of my awesome clients gave me a black nylon Prada bag for my birthday in 2005 and that made the whole thing work. In a New York kind of way. Not in an L.A. kind of way...which is where I was going on occasion of course. But I got very superior about it all in a fuck you L.A. kind of way.

I woke up this morning, this September 28, 2015 and put on my boots. The same boots. Not a new pair. They are still just perfect - albeit more sexy, more broken in, more formed to my feet. Ten years later, I still feel like I stride in these boots with a confidence that no other shoe provides. Just the right heel, just the right slightly ass-kicking attitude.

I don't even remember what they cost. But they are the best money I ever spent on a piece of clothing. Ten years later, I feel this lift when I put them on with my now AG or Citizen jeans. I've replaced the men's Gap. I toss on an Equipment silk shirt. I've replaced the J. Crew t-shirt. But I haven't replaced my Fryes. Life is good.
Posted by Alecia Stevens at 8:56 PM