The following photos are of the interiors of the philanthropist and fashionista, Dodie Roscranz of San Francisco, Venice, and Paris. 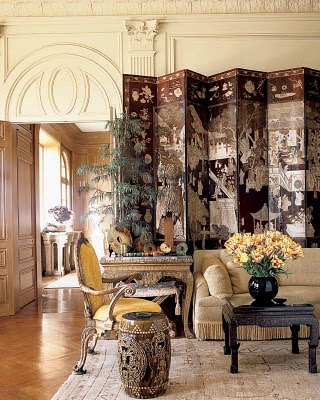 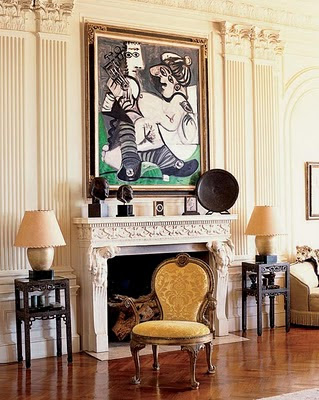 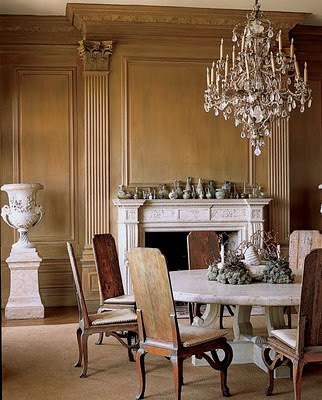 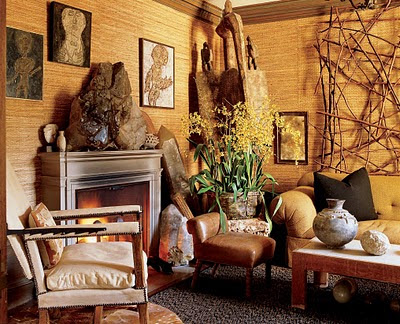 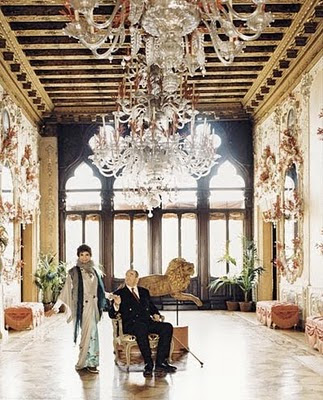 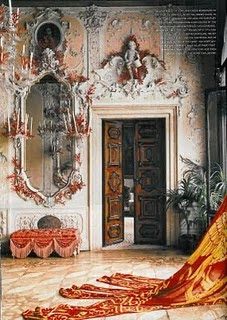 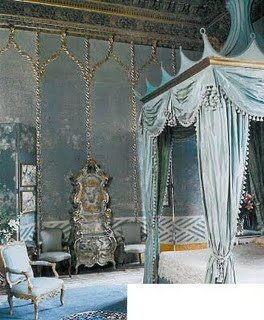 All photos here are from a blogpost by Diane Dorrens Saeks. She gives credits to photographers at the end of her post. http://www.thestylesaloniste.com/2010/05/private-realm-glamorous-philanthropic.html

I don't know what it is, but I come to New York and just let down - in a good way. I've had this wonderfully full work life this summer in Minneapolis which coincided with the death of my dad - but, all in all, I've been running near empty. My Chinese Medicine doctor (as in Chinese medicine, not that he is Chinese,) Dr. Chris Hafner says it is like when we were in our 20's and had no extra money to spare so we put only a dollar or two in the gas tank. As long as there was a little gas, the car ran, but it didn't take much and you were out of gas again. He says that is what my body is like now - running NEAR empty.

He always tells me stories so I can visualize the state of my health. I love his stories. As a visual person, it has impact. So, I'm working on keeping more gas in the tank. Yoga, meditation (Lee has helped me with what he calls "western meditation" a method using the imagination, which is strong in me. I had a hard time just following my breath. It was too boring. I like a meditation that uses an image instead of a mantra or the breath.) I'm also eating more healthfully. That really does make a world of difference. Less food, more powerful nutrients. That sounds like a marketing campaign for something.

Back to New York. Lee and I arrived on Wednesday. I needed to be here for a meeting with Sotheby's for an article I am writing for Artful Living (MSP mag). It was actually very cool to meet the marketing / press team for Sotheby's International at their NY headquarters. All 4 of the team were very friendly, low-key and happy that the magazine promotes the brand, of course. After the meeting we took a tour of the 10th floor where they display the items coming up for auction. Well, it is just amazing. There are two collections of the decorative arts of some very fancy people.

One of them is Dodie Roscranz's collection from San Francisco. (http://www.thestylesaloniste.com/2010/05/private-realm-glamorous-philanthropic.html) The photos here on my post are from a web post by a fellow design writer, Diane Dorran Saeks. (She used to also work with Met Home and the Meredith magazines I still work with. Diane, without your permission, but with credit - thank you for your post on Dodie - really great! Diane's many interior design books are beautiful, too! )

It was incredible. Apparently Tony Duquette (of Hollywood fame) and Micheal Taylor, also of California fame, designed her homes - San Francisco, Paris, Venice.  Good, no? She had the most beautifully grand Venetian style gilt chairs and then there was the small Andy Warhol OIL PAINTING of Mao Tse-Tung. Very interesting after seeing the uber-sized print at the Metropolitan Museum of Art. You just get it that you are not in Kansas anymore when you see this stuff.
The art of mixing is so delicate and courageous. I have started to think that TRANSITIONAL furniture and TRANSITIONAL style should just be delegated to the masses. It is SOOOOOOO neither here nor there. It is so much more interesting to mix SUPER traditional like an Italian gilt chair with a Warhol (or any modern piece of art! including affordable art.) I also like SUPER modern lighting in very traditional rooms.
So I am banning Transitional - it is so sadly non-committal! I am all about commitment and a bit of courage in design. You don't have to be able to afford a Warhol to do this. It is a point of view. Embrace it!

Speaking of "points",  the point of this whole post is how being in New York fills my gas tank. I sleep better and longer. I eat really well. I go to yoga (amazing YOGAWORKS studio on the Eastside committed to a practice that honors the tradition of yoga - not a "gym".) And I restore a deep respect for the civilized world of art and beauty and the diversity of humankind I see on the streets and on the subway. You see it all here. And I feel beyond lucky to be a part of it with a full tank of gas.
Posted by Alecia Stevens at 5:36 PM