The Blizzard of 2010: Central Park 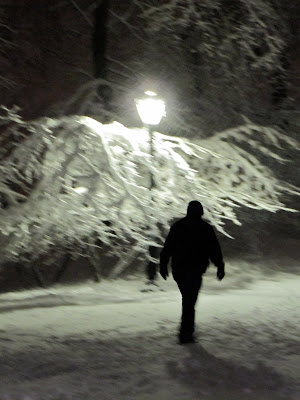 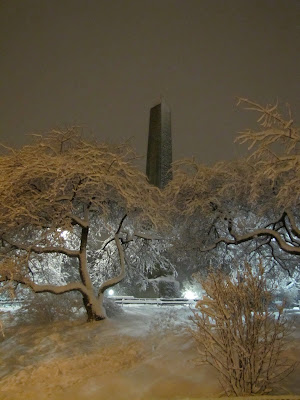 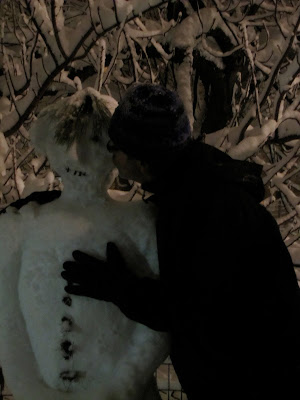 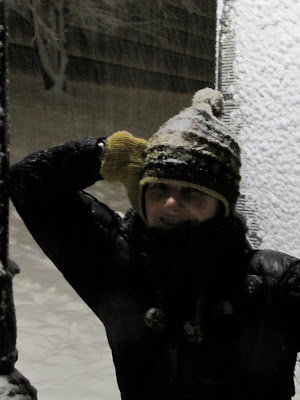 Leaning on the lamp. 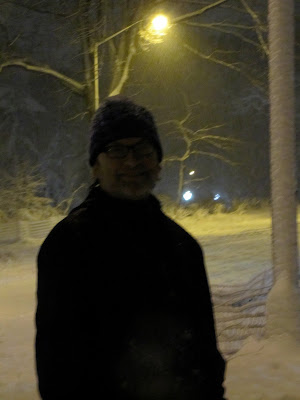 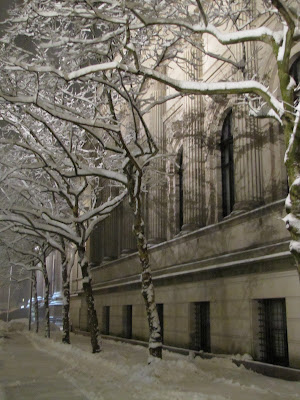 The Museum under the influence of the snow gods. 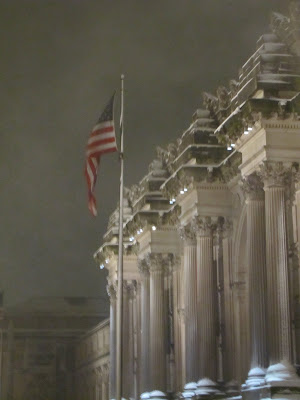 I don't even know what to say about this.

"Listen to the laughter in Central Park." Lee said to me about only an hour ago. "Wanting to be like children."

On that rare occasion , the gods put on a majestic ballet. Here are the sights in Central Park, 8:00 p.m. on February 10, during the blizzard of 2010. Pure alchemy when I recall the pinks and yellows of spring, the cool greens of summer and the burnished reds of autumn.

Children on sleds and snowboards, Sisyphys pushing that snowball up the hill, dogs in their snow gear. Lee held on to me. His Fryes were too slippery for the snow. I couldn't have been happier.
Posted by Alecia Stevens at 7:41 PM