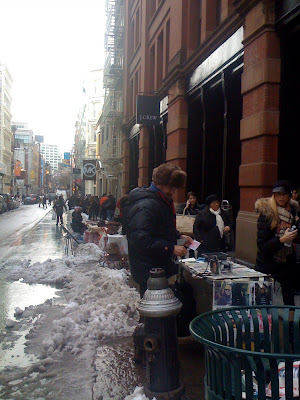 New Yorkers out in the sloppy mess on Saturday - undeterred by the slush. 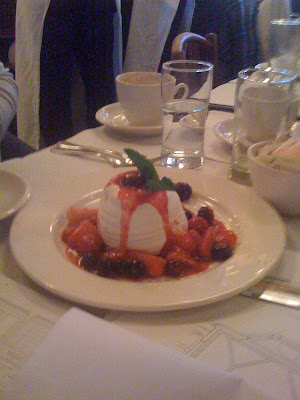 The Pavlova at Balthazar - sitting on the plans.... 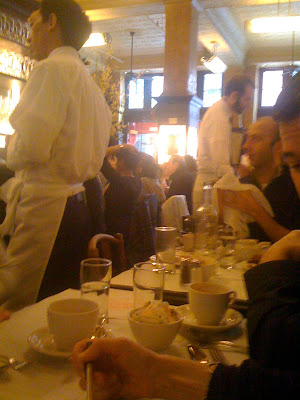 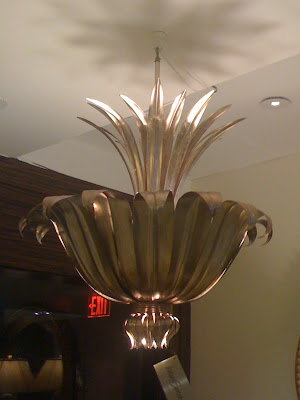 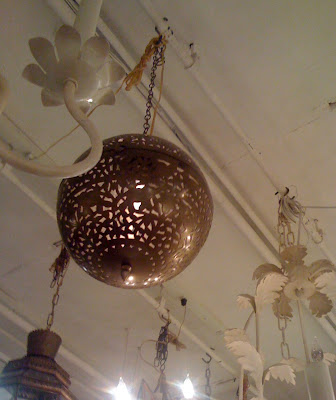 For the powder room - from Vaughan.

So, it's a good thing I love it. I have been absent because I have been working in that very external, out in the city, poking around on material things, whipping out the tape measure, snapping photos part of my life - interior design.

My clients extraordinaire, Chris and Annie O'Brien, came to the city with my talented friends and colleagues, Mark Larson and Jean Rehkamp (the architects for this project) to do some serious work and play. We did both.

Starting at Amy Perlin Antiques on Thursday, we found a beautiful 19th Century buffet right off the get go. On to Ann Sacks for tile. I felt like we sort of took over the place, but Setta Tavitian, my sales rep, is like a master conductor. She just knew how to move around this entourage of designers with such grace and we found fantastic tile for the project.

John Roselli and A. Rudin rounded out the afternoon where we found the family room sofa and a charming light fixture for the kitchen table - a branch of gold with tiny lights. What kid wouldn't love it?

Dinner and drinks on Thursday night. Or, maybe that should be drinks with a little dinner. Wink. Wink.

Up to work during the blizzard on Friday - after Jean and Mark took their morning run in Central Park after Bloomberg suggested staying OUT of the park because someone was killed by a falling tree - heavy from the wet snow. They missed the morning news. :-)

The best was Saturday - we started at Balthazar for brunch and a meeting about the electrical plan. Over cappuccino, croissants, Eggs Florentine and a Pavlova with warm berries for dessert, I think I have rarely had a more enchanting and productive meeting. We think that meetings should always be this way. After a couple hours, we went out to shop in SOHO, finding one object after another that someone coveted. A table at BDDW, a water bottle at Ochre, a pair of drop gold earrings at Ted Muehling and a 1950's French velvet lounge chair at Flair.

Dinner at Freeman's Alley where we had a star sighting. Anderson Cooper was at a table near us. He is extraordinarily handsome and seemed quite charming to stand for photos with gawkers. (I promise I was not gawking!)

After walking probably five miles each of the three days they were here, I could only vegetate on Sunday. But, it was quite a treat. I felt so happy to share what I have learned about New York with my friends. It's why I'm here. It is a treasure chest.
Posted by Alecia Stevens at 6:53 AM