More...Power of Place - The Getty Villa 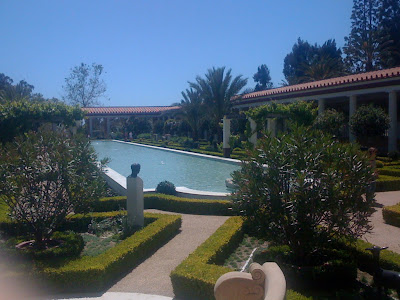 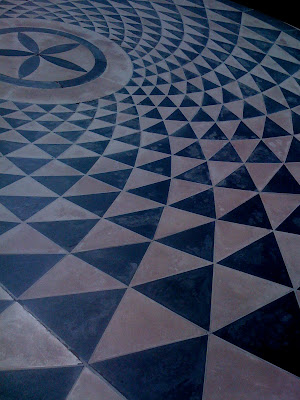 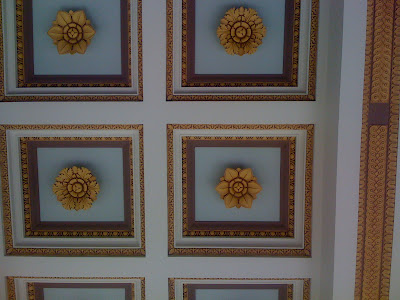 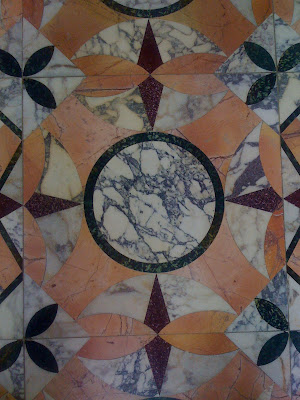 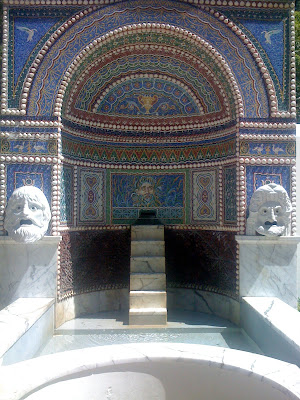 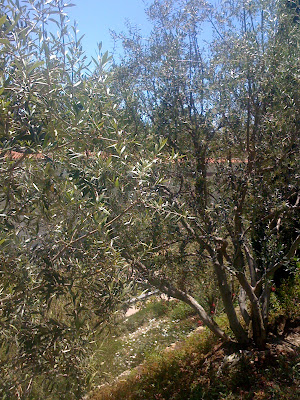 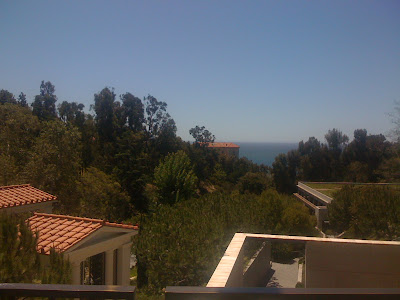 Okay, this weekend...more karmic constellation of good. Lee had his final class at Pacifica - in Montecito, after, hmmmm....five years...or is it almost six? Because he knew he may have to start looking for work, yes, even in LA, he decided to take off Thursday and Friday and invited me to join him. So I flew out Wed night. We return Sunday to real life. When Lee told one of his parents he was going to be in LA for the weekend with me, they offered us their 1920's Spanish beach house with traditional courtyard, killer kitchen and the ocean out the French doors off the Living Room.

I am so happy traveling that I am starting to think I should be a travel writer. But, I HATE, HATE, HATE hotels. So I could only travel if I had real homes to stay in - or apartments. Or whatever. Just NO, NO, NO hotels. I don't want to see a TV and I want my own espresso pot to make coffee in the morning. Also, I like to cook. I want to cook when I travel. And, somehow this is what we have.

Anyway, sounding bratty and spoiled that I have had the luxury of spending one weekend on the Atlantic and the next on the Pacific, I swear that some guardian angel is looking out for me. Maybe Grandmother Lulu, my great-grandmother. Nothing, really nothing, heals me like water - the ocean. I am married to a Pisces, my son is a Pisces, my father is a Pisces, my first boyfriend was a Pisces. I like water. It is the missing piece of the puzzle of my psyche. SO when I am here, I feel whole.

Next problem...so how do I live on an ocean? Well, who knows. That is next.

But...for today, we decided to leave this shangri-la for the city - for LA, for the Getty Villa. We were meeting friends of Lee's, as much the point as the place. In the end, the whole thing made me breathe a little easier, feel like we deepened friendships and transported me to Tuscany in 2007 when I did the Villa and Garden Tour there. The Getty Villa in Pacific Palisades is one of this country's treasures. And I am not a big fan of LA, in general, so this is saying a lot! Don't miss it if you are anywhere nearby. And have lunch on the terrace.

But...what is the Getty Villa. When archeologists began to unearth the remains after the Mount Vesuvius erupted at Pompeii, a villa was discovered. The Gettys bought it hundreds of years later, loved it so much that they decided to rebuild it on the hills overlooking the Pacific in Malibu and fill it with their collection of Etruscan, Greek, and Roman art. Now, this, in my mind, is a very, very good way to use one's money. It is ridiculous - down to the hand cut mosaic tiles that can't be more than 1/2" x 1/2". The road pavers are from Rome. There is more marble in this place than any one quarry could have possibly provided. The olive trees make me weep. And, then, there is the Pacific. Check out the website. But, more than that....just go. Or book a ticket to Italy. Same difference.
Posted by Alecia Stevens at 8:17 PM