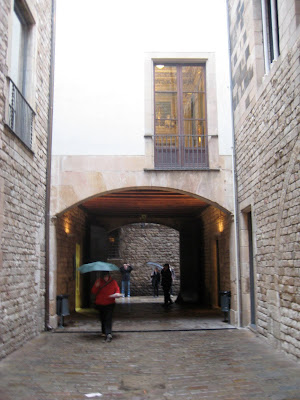 The alley to the Picasso museum. 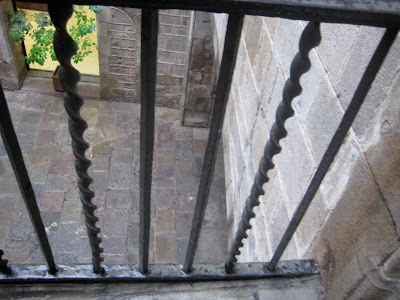 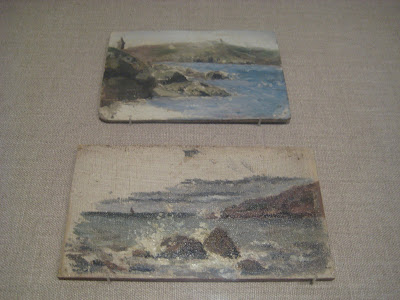 Yep, this is Picasso. Seeing these makes me want to learn to paint even if I'll never be any good. 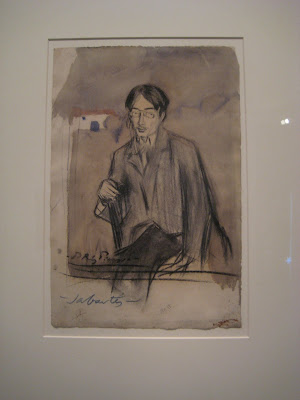 A charcoal of an artist friend from Barcelona. 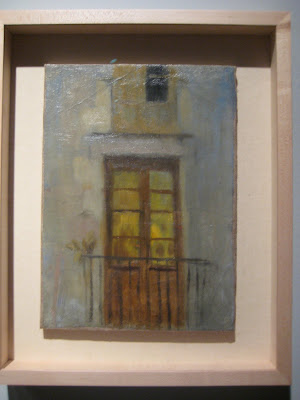 And a balcony in Barcelona - isn't this amazing? Right around 1900, I think.

"The rain in Spain stays mainly on the plain."

Not this week, it hasn't. It is all over this city - for three days and three nights, we are sloshing around in our leather boots, tucking under the single umbrella we bought because we are sure the rain will stop any minute now. But, it doesn't. But I'm not missing Picasso just because of a little rain, so out we go - once again, not having a clue about where this place is.

What I realized is that (or I think this is true, but it is more likely that I just have not figured it out) the subway map does NOT overlay on the streets. So a subway map is useless unless I know where the subway goes! What street will I be on when I climb out of the bowels of the city? Also, they publish maps in multiple orientations - North is not always at the top. Sometimes the mountains are at the top of the map - which is west. Well, this makes me nutty because I tend to be pretty good at directions, but I cannot get my head around it here - not even a little bit, so I just take a cab. Besides, with four of us (Izzy's smart and adorable friend, Natalie, from first grade is here with us for the holiday since she would otherwise be alone in Madrid) it is cheaper than four subway tickets. But, at 40 degrees, the rain is a pain. I know...waaah, waaah, waaah. I could be digging out of 15 inches of snow in Minneapolis.

The Picasso Museum was really remarkable. 3500 of Picasso's works. Doesn't that seem unbelievable? It is housed in a beautiful, ancient building in the Barrio Gotic. In fact, it is on one of those little alleys that just make it all worth flying across that big ocean. Lee and I love that kind of setting - much more interesting to us than the broad avenues that remind us of 5th Avenue in New York - or filled with the shops they have on Madison Avenue (Armani, Hugo Boss, Zara, etc, etc.)

What I learned is that Picasso was classically trained early - and some of my favorite pieces were his early oils of the landscape around Malaga and Barcelona where he grew up. They are tiny and stunningly beautiful, slightly abstract.

Then, I loved learning about his joining with a group of artists in Barcelona right around 1900, only to move on to Paris for the same kind of intellectual and artistic camaraderie several years later. The whole story of his chasing after ideas is fascinating - from Barcelona to Paris to Rome to meet Diaghalev and the Ballet Russe. I have a kind of obsession with the early modernist thinkers - from fashion to the writers to the architects to the thinkers. If I could zap myself back in time, I would show up in Europe from 1915 - 1935 and peek in on Chanel, Fitzgerald, Hemmingway, Joyce, Gertrude Stein, Poiret, Rudolf Steiner and Maria Montessori, Picasso, Jean Michel Frank, Giacometti and probably Gaudi now that I have been in Barcelona.
Posted by Alecia Stevens at 3:07 PM