Barcelona: I have no idea what day this is. 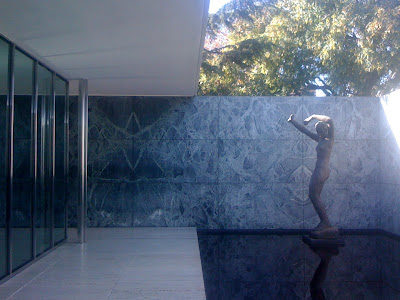 The beautiful sculpture in the pool of coffee. 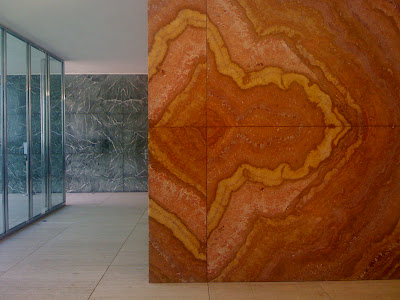 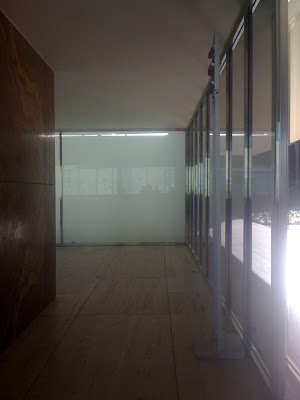 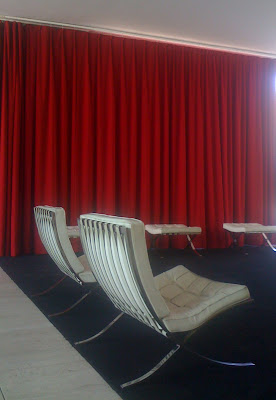 How good is this?

I just woke up in Spain. I have been here just over a week and I do not know exactly why, but it is the first day I feel normal. Now, to be fair, I caught a little bug – and that took me really off my game for a few days. Like, I had no appetite. I literally couldn’t eat without wanting to spit out every bite. This is great for losing a pound or two, but not so great for being on vacation while the rest of the crew wants to party in Barcelona. I was a slug.

But, really, yesterday was a Holy Day in Barcelona, the Feast of Saint Estaben or something like that and since our last name is Stevens we thought we should party. EVERYTHING is closed. Now, remember this is Dec. 26 and everything was closed on Dec. 25 too. So, for two days we had not had water except the tap, Lee ran out of Bombay and truly, we were down to peanuts, apricots and some random leeks and three eggs. But, we knew about the Hotel Omm, which had to be open since it is a hotel, so we walked there for a late breakfast or lunch – I am not even sure which meal we are eating here in Spain. I guess it was about 2:00 in the afternoon. (We awakened around 11:00 a.m. so is it a late breakfast or early lunch? The Spaniards would call it early lunch, I think.)

Well, it was fantastic! The very best thing about Spain so far is the orange juice. Now, this is a minor thing and not something I would fly across the ocean to experience again, but if you are here, you must partake of all the fresh squeezed orange juice you can get because every bar and restaurant squeezes their own orange juice and it is simply the best I have ever had.

The food up until this meal has been quite unremarkable. Unfortunately, when I pay for it, I have expectations that it will be fabulous and it never has been. It is overcooked and too salty and usually too oily. (I love salt but this is out of control.) So I would never, ever suggest that you take a trip to Spain for the food. Izzy says the same thing of Madrid. Not good. But, their capacity to nap is beyond anything we might ever master in the US, so I can imagine that you might want to come to Spain for the naps. And, this we did on the day we had an early lunch at the Omm Hotel. We had our delicious and beautifully presented meal (it is international, this is why) and then went home and napped from 4:30 – 6:30.

We did it again today. Got up at 10. (I went to bed around 1:00 and read for awhile. This is unheard of in the US when I am in bed at 9:00 and read until 10:00, then lights out.) Izzy and I zipped out to pick up groceries and café con leche and learned that, for the third day in a row, the grocery was closed. It’s a Sunday – after the Feast of St. Steven and Christmas Day. We found a coffee and croissant, thank god, then headed home sans groceries.

I have been saving the one tourist attraction for a sunny day and this was it. We went to the Mies Van der Rohe Pavilion built for the 1929 International Exhibition around noon. I share photos here of the details, the materials. It was impressive. It looks like it could have been built yesterday. The materials were quite different than I imagined. I thought it would be more glass, but the use of natural stone is so incredibly sensual, the whole thing made you want to dive in and swim in it – the marble, terrazzo and onyx.

Why do they do this? Originally, it was certainly filled with water. But, as Barcelona has always been a hot spot for new ideas, someone suggested this. There was a lovely essay written by a Spanish architecture critic about this quirky matter. The point seems to be that the home, even though it is 80 years old and built of solid matter, it still requires care and love. It is like the milk and coffee in your home, your lives. It is organic, it changes, it sours, it needs tending. It was a really lovely statement about the aliveness of this building.

From there, we meandered around the palace, a botanic garden and the Olympic Village, then made our way onto the Metro where Lee was accosted by a pick-pocket team – one of them faked dropping their phone between Lee’s legs, grabbed his legs acting like he was trying to get it – all the while locking Lee into position, while some other asshole tried to find his wallet in his back pocket.

You will not believe this, but when I realized the guy had Lee’s legs and had him cornered, I began thinking, hmmm, this is not what I would do if I dropped my phone. Lee was a bit disoriented as you might be if it were happening to you, but from a distance I could see what was happening. I lunged at the pickpocket and grabbed his coat at the back of the neck, started yelling at him, “What the “f” are you doing?” Then, I pulled him back, kind of choking him. I am not really sure I had the strength to pull him up and back but he was rather surprised that a wimpy looking 56-year old Americana was tackling him from the rear, so he got up, grabbed his phone without the support of Lee’s legs and got off the train. What startled me is that I did not think – I just reacted. I kind of felt courageous. I was happy to know that an asshole guy didn’t scare me in the least.

After surviving being accosted on the train, we had lunch around 3:00 at a lovely little back alley place that Izzy found online called La Luna. 12 euro PER PERSON for the best salad I have had in Spain, a vegetable lasagna and a café con leche WITH a glass of vino tinto. 12 euro for all that! So we all three were sated for 36 euro plus a few for Lee’s Bombay and tonic. Home in a cab, straight for bed at 4:30 – 6:30.

We are getting good at this.
Posted by Alecia Stevens at 3:26 PM