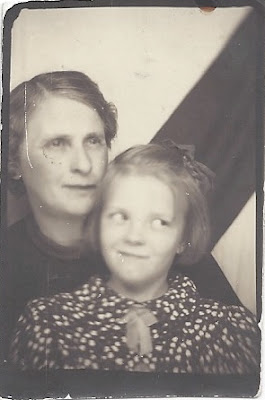 Lee has a mentor, Robert Sardello, who says something like this, (and I paraphrase) "You aren't truly in your heart if you don't feel a bit of sorrow."

I admit that I seem to agree that "being in your heart" sounds like a good idea. I have described some feelings / experiences to Lee recently and his response was that I was "in my heart" - for whatever that is worth. So now I want to tell you as closely as possible what this experience is like as I felt it again this weekend so the memory is close.

On Friday evening, we drove to Northfield to spend the night with my mom, whose 82nd birthday was on Saturday, Sept 15. We love going alone to spend time with her as I have a lively group of siblings and in-laws so when we all get together there is much drinking and cooking and eating and talking and I barely get a quiet moment to check in with Mama. So, we made a special point to go alone (Lee and me), have dinner with her, sleep over, then get up on Saturday morning and take her to brunch for her birthday.

First, I noticed this tender, slightly melancholy feeling while driving there. I have had this feeling before. The farmland on the way to Northfield taps a potent memory in me. As the child of farmers, grandchild of farmers, great-grandchild of farmers, I can't see the changing seasonal landscape without visceral memories. Of onions and potatoes, freshly dug up from the ground, spread out and drying on newspaper in the cellar, for example. When Dad was dying in 2010 - 2011, every single trip to Northfield reminded me that this would be the last fall harvest season, the last winter dormant season, the last spring planting season, the last summer growing season that my father would see. I felt this massive appreciation for the beauty of the farms, the reminder of what changing seasons bring and the poignancy of loss - both for him and for us. That, I think, was the full heart. 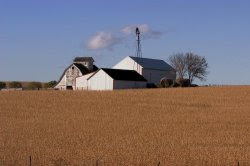 On Friday night, we shared the cooking. Mom made her magnificent, not to be beat, apple pie. (It is the crust, in particular, that is not to be beat.) I made roast salmon and there was baked squash from a local farmer, and broccoli, cauliflower and onion salad. After dinner, once it was obvious the Twins were continuing their losing streak, and we had talked about all the books we'd read in the last 3 months including the one Mom was reading for her book club, she asked if I wanted to look at my Grandma Fern's photo albums. This is her mother and she had not looked at them since her death in late 2010.

Well, we sat side by side on the sofa looking at photos that dated back to the 1920's. My grandmother was a free spirit and a party girl and she loved photographs!
We time-traveled from the 20's through the 30's and my mom's childhood on the farm of HER grands who raised her (her own mother and father, divorced after 2 years and off to find their own happiness) including a photo of my 9-year old mother and her "gammy" collecting corn cobs from the pig pen. The bare corn cobs - after the pigs ate the corn - were used to heat the home. Really. Think about this. My mom had a smile on her face while putting the corn cobs into her basket.

Then, there were the 40's, my mom's teen years and WW II to the 50's when my mom was happily married to my father, to life on the farm, the birth of 4 children, their own growth, marriages and births. What was particularly notable (and caused teary-eyed laughter) were the memorable hair styles including an unfortunate moment when I decided to wear a wig. Yes, a wig. Lee wondered what was so funny from the next room.

I slept like a log in the twin bed in the basement, with Lee in the twin bed next to me. I rarely sleep well, so this was bliss - removed from responsibility and the grace of my mother nearby.

In the morning, we went to one of the two farmer's markets in Northfield. I was determined to make vegetable soup for the weekend and thought it would be great to buy something fresh and local. The little market had only 7 or 8 vendors. The greater market was downtown on the river. But mom especially liked one vendor and wanted to take me there. In fact, his produce was spectacular. He had everything you could want: eggplant, beans, tomatoes, broccoli, onions, kale, peppers and more. He was probably 70 and looked like a farmer. Mom knew him, of course, and chatted. She mentioned he and Dad had become friends. I filled a grocery bag. It was $13. I had to throw in a couple extra and said, "have a coffee on me. Your vegetables are beautiful." How could I pay only $13 for a bag of fresh veggies!? How hard he and his wife must work to grow this and bring it to us. When I turned to leave, he looked me in the eye and said, "I miss your dad."

Once again, I felt that tender, sweet, melancholy infused with gratitude. A Buddha moment, maybe, when you feel and hold opposites. Because that is the feeling - the yin/ yang, dark and light, joe and woe of William Blake - held in the heart at the same time. A very full heart.

Posted by Alecia Stevens at 7:20 PM