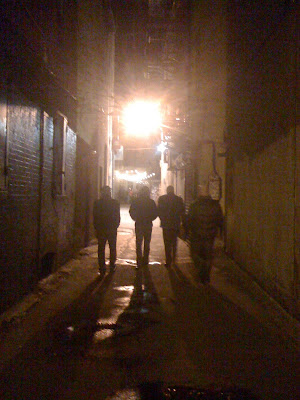 My dates for the evening in silhouette. In Freeman's Alley.
Lee, Andrew, Tom, and Rob. 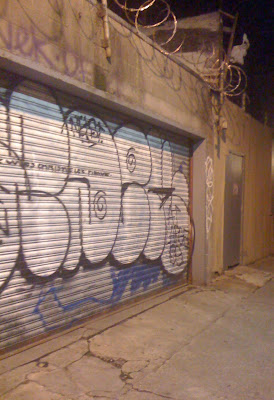 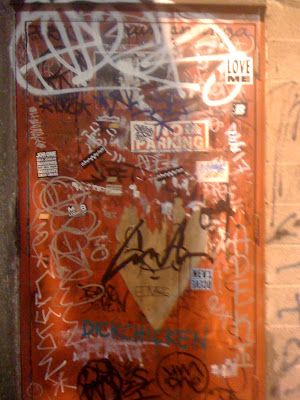 We went to the Lower East Side for dinner to meet Tom Gunkelman, Andrew Flesher and his partner, Rob Pietronuto. We adore them all, they make us laugh and their recommendation for a Taqueria (Los Feliz) sounded spot on! We arrived as they were setting up for dinner - a little after 6:30. The poor waiter came in with his jacket on! (We're pretty sure he thought we were early because we were old, but really we were early because there are no reservations and we didn't want a 2-hour wait.) So, we had fantastic margaritas and very good food in a sexy underground restaurant...so perfectly moody.

After dinner, Lee and I decided we would take the train home, but not quite sure where the nearest train was from the restaurant, Andrew said they would walk with us a bit and show us the way. On the tour to the train, he stopped by a very LA kind of hotel - The Rivington and a wonderful, secretive, back-alley place called Freeman's Alley, which I show you here. It really is at the dead end of an alley, all decked out with barbed wire and graffiti, just the kind of place New Yorkers would love. We walked in and it was jam-packed and totally happening! Happening way beyond me.

We'll go back, but I'll not wear my Upper East side jacket and boots next time. Something more pierced and studded, I'm thinking.
Posted by Alecia Stevens at 9:11 PM