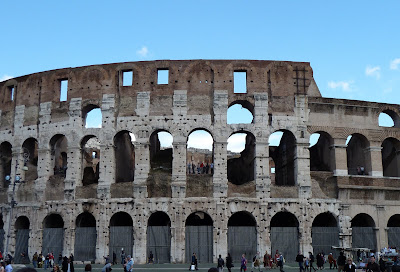 The Metrodome shouldn't feel so bad about losing it's lid. This colosseum isn't looking so good either. It's got a few years on us, though.


We went to the ruins today. Took 2 -3 hours of leisurely walking (fare una passegiata) We didn't do any tours or use guides, just walked - mostly with our mouths dropping somewhere near our knees.

After, we had our Pizza ZaZa, per usual. (I am not a fan of trying to out-do a place that is perfect, so I will probably have it everyday that I am in Rome.)

We napped. We woke up from our nap and began to talk about the day - the history of Rome (and of the Greek influence on it - all which Lee teaches to 6th graders in a Waldorf school.) We talked about the Roman Gods, all the temples to these gods long before Christianity. I tried to get my head around the timeline. We are in an apartment in a 17th Century palazzo. It was built 1600 - 2000 years AFTER most of the things we saw today!

Last night, we had a glass of wine with our charming hosts, Alessandro and Jace, before they left this morning for Cuba and sailing in the Carribean (good life!) Alessandro's family is from Rome going way back. We met them because they used our apartment in NYC in exchange for our using their apartment now. I began to think....

When they were in NY and went to the Metropolitan Museum of Art (which I personally think is the grandest of buildings in all of the US) what does a Roman think???? Do they think....oh, those Americans and all their money - plundering our art and sticking it in a new building like this.

I'm suddenly paranoid that the Met is just a suburban mall in Roseville to a Roman. (No offense to Roseville. I could have said Southdale, Ridgedale, or any of the dales - perhaps it could be called Metdale!)

I just can't get my head around a place where people LIVE in 15th - 17th buildings and that is the new architecture! The real stuff is 2000 years old! The Roman sculptures were done here! And, yet, I see them in the Met in NYC - and lucky that I do! The Greek and Roman Hall is one of my favorites.

It is kind of messing with my mind, though. I still think I am just on a movie set and the people walking around are the extras. I'm certain even the seagulls are being paid to be so good at what they do. And the moon! It's paper, right? I'm like Alice down the Rabbit Hole - spinning and spinning. 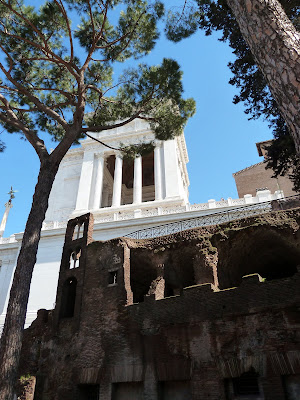 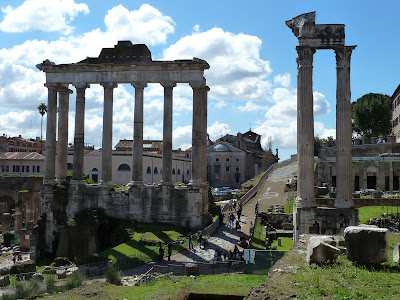 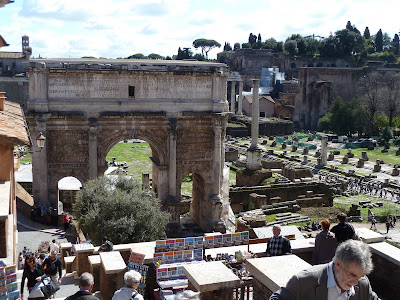 Posted by Alecia Stevens at 1:44 PM