The seat of western civilization - and genius 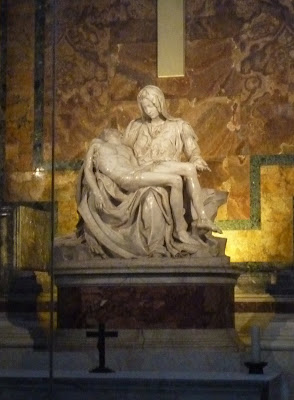 This gets really complicated for me - the dance between Western Civilization and Christianity. And today, after years of mostly uneducated opinion about it all - I am even more confused.

FYI - the Vatican museum used to house the popes, but now is simply the collection of art amassed over centuries. The pope now lives in a 1,000 room building next door. The museum is separate (but only steps from) St. Peter's church / basilica - or whatever that magnificent piece of architecture is! It has to be the largest church in the world? It is definitely (by law) the tallest building in Rome at 40 stories high - and the dome was designed by....who else? Michelangelo. The genius himself.

It was a spectacular tour - from the Borgia apartment left untended since the 15th Century - the original Renaissance porcelain tiles are still on the floors - some cracked away to reveal the terracotta beneath to the Cistine Chapel (the painting of "the Creation" is smaller than I expected) to the Raphael rooms to the hall of maps.

As beautiful as the museum itself is the one solitary piece that took our breath away and literally sent tears to my eyes - is the Pieta in St. Peter's. Michelangelo, at 23 years old.

A mother holding her dead son.

No one believed it could have been done by a 23-year old, so he sneaked into the Vatican one night and carved his signature on the ribbon across Mary's body. "Michelangelo Buonaroti, Florentine, made this." He never signed another piece of his art. He didn't need to.

I am in awe of genius. At 23, he had studied less than 10 years the art of sculpture and drawing. If I had studied for 100 years, I could not have done this. This is genius. Who are our geniuses now??? 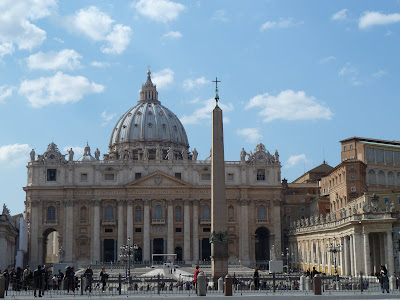 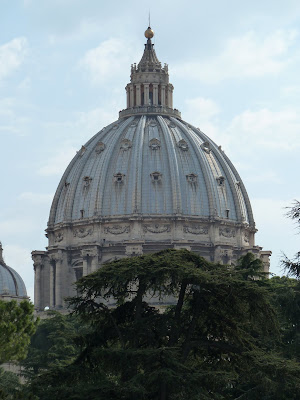 The dome designed by Michelangelo 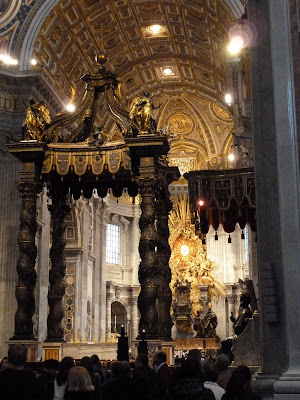 Inside the cathedral - the alter. 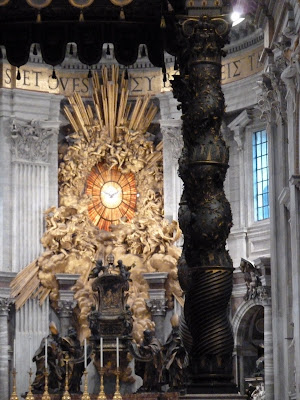 Detail of the alter. 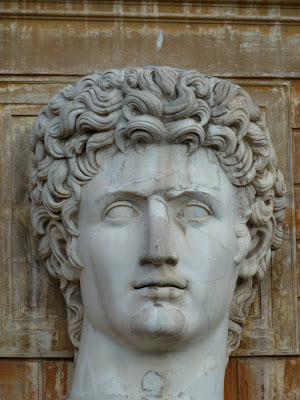 A marble head of Ceasar from the pagan times - this "head" inspired the David. 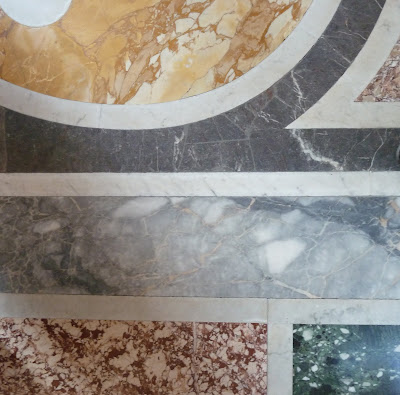 Marble floor inside the museum was pillaged from around Rome
Posted by Alecia Stevens at 3:28 PM